Each classroom at Children’s Garden is lead by a team of teachers, all who are either certified AMS/AMI Montessorians or who hold degrees in Early Childhood Education.  CGMS sometimes serves as a student teaching site for Montessori interns from local Montessori training programs. Head of School – Bekke Howell holds a Master’s Degree in Education, has AMI training at the infant-toddler level,  Montessori Center International (MCI) training at the primary level, and Colorado State Director credentials.  She is the mother of two graduates of Children’s Garden, and joined the staff in 2006. 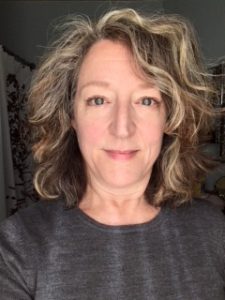 Associate Director and Admissions Head – Jamie Boes has been with Children’s Garden for over 30 years, as a Montessori classroom teacher, studio teacher, summer camp director, and administrator.  She has AMS Early Childhood and Director credentials. Her daughter, now a teacher herself, fondly credits Children’s Garden for her unquenchable thirst for learning. Office Administrator – Catherine Ramey came to Children’s Garden first as a parent, with a lengthy background in dental office management.  After volunteering as a parent for years, she began working at the school in 2004.  Her responsibilities include her favorite and very important, “toddler greeter.” Administrative Assistant and Office Support – Kirsten Goode began teaching at Children’s Garden in 2015, after finishing her AMS Early Childhood certificate. In 2016, after falling in love with the toddler program and philosophy, she returned to MECR to complete her AMS Infant-Toddler certificate. She also holds a BA in Early Childhood Educational Studies, Psychology, and Women’s Studies. Angelina Lloyd is our studio teacher.  She holds an AMS Early Childhood credential and NAMTA Early Childhood Credential and is an active artist.  Her graduate degree is in Educational Psychology with an emphasis on Human Growth and Development and the educational philosophies of Reggio-Emilia, Italy.  She has been in the studio since 2009 and with Children’s Garden since 2006. Amy Laugesen, our artist residence, works with the children in the studio one week per month with clay.  She has worked with the school for many years, and is an active ceramics and installation artist in the Denver area. Nancy Kadlec has been a Child Care Health Consultant since March of 2005 when her daughter was in preschool and her school asked her to be their Consultant. She enjoyed it so much that she decided to make this a business and started NBK Consulting. L.L.C. Currently she is consulting for pre-schools, child care centers, charter schools, home day cares and summer camps.